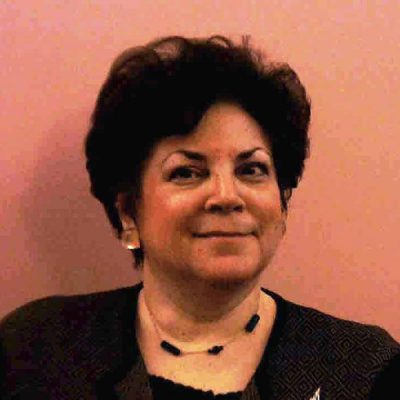 Pianist Zelma Bodzin is a faculty member at the Mannes College/New School and the Aaron Copland School of Music at Queens College/CUNY.  At Mannes, she initiated the Ensemble Piano program, which includes commissioning a work from a student composer for performance by participants in the class.  Ms. Bodzin is a coach, teacher, advisor to composers and for recordings, producer/editor of cds and dvds, and artistic advisor to performers of recordings on several record labels including Deutsche Grammophon.  She maintains a private studio in New York City where she teaches, holds Piano Seminars several times a month, and coaches professional performers preparing for concerts and recordings.  Her students and those she has coached have garnered prizes in numerous competitions around the world, and she is artistic advisor to performers of award-winning recordings in the U.S. and Canada.

Zelma Bodzin played her first concert at the age of five.  Primary influences in her studies were Eugene List at the Eastman School of Music, Dieter Weber at the Hochschule für Musik in Vienna,  Rosalyn Tureck, Wilhelm Kempff, and Arminda Canteros.  She participated in master classes with Lili Krauss and Jorge Bolet.  Ms. Bodzin performed hundreds of concerts, including solo recitals, as soloist with orchestra, and as a member of the Haffner Ensemble in Vienna, Austria.  Critics have recognized her “acute ear and intriguing ideas” (New York Times).  A pianist with a wide range of repertoire, from Bach — “those who were there must be deeply grateful”, according to The Irish Times review of Ms. Bodzin’s performance of the “Goldberg Variations” — to works of the 21st century.  Her performances of Leonard Bernstein’s “Age of Anxiety” received critical and public acclaim on tour in Texas, as well as the Beethoven 4th and Tchaikovsky 3rd Concertos with the Atlanta Chamber Orchestra in Atlanta and on tour.  Recordings of her performances have been broadcast around the world, including WQXR (New York), RTE (Irish radio and television), the ORF (Austria) and Radio Free Europe (USIS).  She has also appeared on Koch International’s recordings of music of Jack Gottlieb.  Ms. Bodzin has played every genre of music – solo repertoire, concertos with orchestra, and been a collaborative pianist with singers, instrumentalists and choruses, appearing in New York at Weill Hall, at Alice Tully Hall with the New York Chamber Orchestra, Carnegie Hall as well as the Apollo Theatre with the Muppets’ Elmo.

Ms. Bodzin has been a member of the jury at many competitions, from Sofia, Bulgaria to the French Caribbean, including the Aarhus (Denmark) International Piano Competition, the Tureck Bach International Competition, the Leschetizky Concerto Competition for Gifted Young Pianists, International Keyboard Institute and Festival in New York City, the Feis Coeil in Ireland and the Buono-Bradshaw Competition.  She was also invited to judge the MTNA Competitions.  She has given master classes in Norway, Finland, Bulgaria, Ireland, Malta, Germany and Guadeloupe, as well as in the United States, in New York, Texas, Connecticut, New Jersey and Florida.   In 2016, she offered a two-day Master Class at the Teachers College in Bergen, Norway, and continues to maintain teaching there.   She is the current president of the Leschetizky Association and Chair of the Concert Committee, a past president of the New York State Music Teachers Association, and served on a national grant-review committee of the Music Teachers National Association.