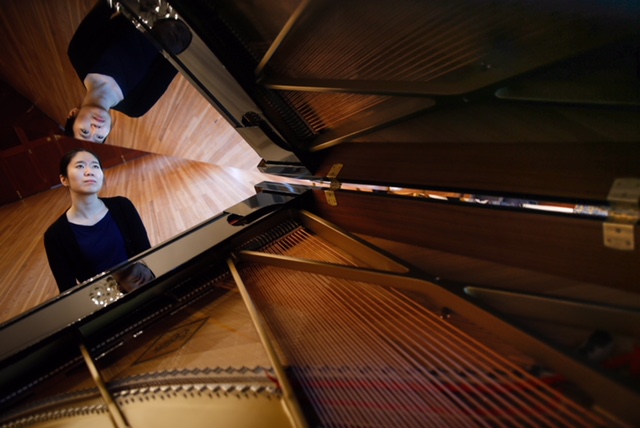 Here is a brief look at the history of the Dublin International Piano Competition by one of its founders, Laurie Cearr.

It all began at a game of bridge. Among the players were internationally renowned Irish pianist John O’Conor and Ann Fuller, a former cultural officer at the United States Embassy in Dublin. John and Ann had just collaborated on a presentation of the complete Beethoven Sonatas in the 1984/85 season in Dublin, and during a break in play Ann said that her next project was to establish an international music competition in Dublin. John looked at her and said, “Do you know, I’ve always wanted to run a piano competition.” With the addition of two more music enthusiasts, Ida Delamer, an expert in Irish Silver, and me, Laurie Cearr, then PR Manager of the RTE’s Performing Groups, this gem that is the Dublin International Piano Competition came into being.

There was much to be done to get the idea off the ground, and various journeys at home and abroad loom large in a font of fond memories. One of the first we took was when John, Ann and I had to go to Geneva to get the official endorsement for the Dublin International Piano Competition from the World Federation of International Music Competitions. Having made our case to, as it turned out sympathetic ears, we boarded a train to take us over the Dolomites to Italy, to Bolzano in the Alto Adige, home to one of the world’s oldest piano competitions. Ignoring the spectacular alpine scenery passing the carriage window John, the only man we knew who possessed one of those legendary American yellow legal pads, was filling page after page with lists of potential sponsors and supporters necessary to put wings on our flight of fantasy. It is amazing to note that many of the names, both companies and individuals, are still with us more than 30 years later.
The competition now ranks in the top half dozen such events in the world, but what makes the DIPC stand out is its unique volunteer element. Every single competitor – there are 55 this year from an initial entry of more than 200 (the highest ever) – is put up by a Dublin family in their private homes. Each becomes a member of the family for the duration of their stay. The families become invested in their guest’s progress, devastated when they are eliminated, celebrating when they make it further. Many enduring firm friendships have been established because of this. Throughout the competition all the competitors are ferried to and from their appointments, either to practice or compete, by a fleet of volunteer drivers. The dozen or more jury members are treated to a dinner each evening in a private house, whose owners provide delicious and almost always home-cooked Irish food of a very high standard.

The competition has had a huge impact on music in general, but piano in particular, in Ireland. It has given young Irish pianists aspiring to be professional musicians an international platform on home ground to go head to head with the crème de la crème of their peers from all around the world. Interestingly, this year there is an appreciable increase in the number of competitors from South Korea, Japan and China who made it through the tough screening process. Among the six Irish participants is the youngest, Irish-born Antonia Huang, who has just turned eighteen, and Eoín Fleming, just a year older, whose father is a member of the RTE NSO. Some years ago Eoín worked as a hugely enthusiastic ‘runner’ for the Competition. Now a student of John O’Conor’s in Shenandoah University in the US, here Eoín is, a full participant in one of the most important competitions in the world. Finghin Collins, another of Ireland’s star performers, and a member of the International Jury this year, started his involvement with the Competition as a humble and energetic runner too.

For me, the most exciting moment of the Competition is when the Judges, through Jury Chairman John O’Conor, announce the winners. The white smoke has risen, and a new and exciting winner of the Dublin International Piano is launched on a career, joining luminaries such as Philippe Cassard, our first winner back in 1988, Russia’s Pavel Nersessian and our current holder, the first-ever female winner, Nathalia Milstein, who was just 19 when she took the prize in 2015. She plays a concerto with the RTE NSO on May 18th.

Over the next 10 days piano enthusiasts are in for a feast of fine music at the RDS Concert Hall. For a start, each of the 55 participants will perform a half hour solo recital, some 27 and a half hours of great playing. After the inevitable winnowing process, 31 of these players will be heading home, while the remaining 24 will prepare and play a 40-minute programme in the second round. Another winnowing, and the 12 semi-finalists move to the National Concert Hall where each will play a 50 minute programme, including a specially commissioned Irish composition. And then there are four finalists who get to play a concerto with the RTE National Symphony Orchestra, a glittering affair before a full house of the who’s who in Irish music and the dedicated followers who have been with the event since it started.

Don’t miss out on a wonderful ten days of magical music-making at the, the 11th Dublin International Piano Competition. You can attend the RDS element of the Competition by simply buying tickets at the door In Ballsbridge, and tickets for the semi-finals and final can be obtained from the Box Office of the NCH at 01-417000 or online at www.nch.ie.