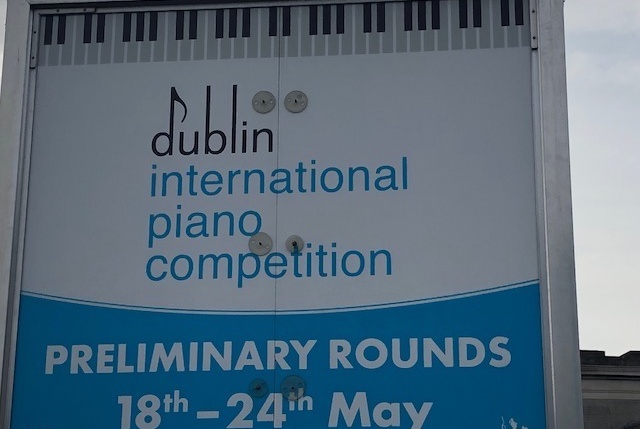 Dublin International Piano Competition 18th – 29th May announces the two dozen successful candidates through to the Second Round hailing from 14 different countries including 2 Irish competitors, Cahal Masterson (26) from Newry and Eoin Fleming (19) from Dublin, one of the youngest in the competition

RDS, Dublin Monday 21st May: Following an intense First Round the 11th Dublin International Piano Competition tonight announced the 24 successful pianists through to the Second Round. The candidates who hail from 14 different countries include 2 Irish competitors, Cahal Masterson (26) from Newry and Eoin Fleming (19) from Dublin, one of the youngest in the competition who will now vie to be among the 12 Semi Finalists via 40 minute recitals starting on Wednesday 23rd May.
On 26th May the competition will move to the National Concert Hall where over two nights the 12 Semi Finalists will each play a 50 minute recital competing for a coveted place as one of the four finalists to play a concerto with the RTÉ National Symphony Orchestra, conducted by Andrew Mogrelia on Tuesday 29th May.
Established in 1988 the competition takes place every three years and now ranks among the most important piano competitions in the world. As well as receiving a prize fund, a prestigious list of engagements is secured for the winner including début concerts in London and New York as well as appearances at international festivals and concerti with leading orchestras. Previous winners have gone on to highly successful international careers.
Participants in the Second Round of the competition come from Canada, China, Germany, Hong Kong, Ireland, Israel, Japan, Kazakhstan, Russia, Singapore, Ukraine, United Kingdom, USA and Vietnam.