RTÉ and Franco-German public service broadcaster ARTE have joined forces to live-stream the semi-finals and finals of the 2018 Dublin International Piano Competition to audiences worldwide.
The initiative, a first for the competition, is part of a co-production agreement between ARTE and RTÉ, launched in 2017. The deal brings public service media across Europe together to co-produce documentary and cultural content in order to offer it on free-to-air on TV and on-demand services to audiences across Europe.

The agreement has already resulted in a number of Irish productions and artists reaching new audiences across Europe, among them RTÉ/Blueprint Pictures’ much-lauded A Shout In The Dark: Angelica Huston on Joyce and the highly-acclaimed Countdown to Calvary, presented by Hugh Bonneville, and made in-house by RTÉ. More productions are in the pipeline for 2018 and beyond.
Viewers worldwide will be able to watch the semi-finals and finals of the 2018 Dublin International Piano Competition on the Culture section of RTÉ.ie www.rte.ie/culture and on ARTE’s digital music on-demand service Arte Concert: https://www.arte.tv/en/videos/arte-concert/
The 12 semi-finalists’ performances will be live-streamed from Dublin’s National Concert Hall on Sat 26th & Sun 27th May between 2.30pm and 5.30pm and from 7.30pm to 10.30pm (Irish time/GMT) on both days.

And live-streaming of the 2018 Dublin International Piano Competition final will begin at 7pm (Irish time/GMT) on Tuesday 29th May. Listeners in Ireland will also be able to tune in to the 2018 finals from 7.30pm on RTE Lyric fm’s The Lyric Concert.

In addition, both RTÉ and ARTE will make the semi-finals and the four finalists’ performances available for catch-up on RTÉ Player – www.rte.ie/player – and ARTE Concert: https://www.arte.tv/en/videos/arte-concert/.

“We are thrilled that ARTE and RTÉ have joined forces with the Dublin International Piano Competition to bring the semi-finals and finals of the 2018 Piano Competition to audiences and lovers and practitioners of the piano across Ireland, Europe and the world. The Competition is now in its 30th year and the standard of entries this year is higher than ever. We hope that the audiences who tune in on RTÉ Culture and ARTE Concert will enjoy the quality and breadth of the 2018 performances – and we are looking forward to sharing the very special atmosphere of the Dublin competition with them.”

Watch on:
RTÉ.ie: www.rte.ie/culture (NB not available on rte.ie/culture in North America due to rights restrictions.)
ARTE Concert : https://www.arte.tv/en/videos/arte-concert/ 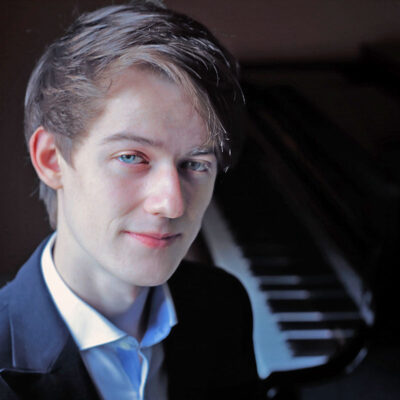